What Does STEAM Stand For?

“STEAM” is an acronym for science, technology, engineering, art, and math. So, what is a STEAM school? A STEAM school is a school that takes a relatively new educational approach and is an evolution of the STEM education movement that emerged around 2011. STEAM focuses on teaching students required curriculum through a lens of problem-solving, hands-on experiences, critical-thinking, creativity, and other related concepts.

STEAM also reinforces the connections between science, technology, engineering, art, and math – instead of treating them separately like traditional educational curriculum. STEAM is meant to equip students for success in United States job markets that are becoming increasing more agile and technology based.

Is STEM Different from STEAM?

Yes, STEM is different from STEAM. While STEM stands for science, technology, engineering, and mathematics, STEAM also includes the Arts. While this might seem kind of contradictory to the more “left-brained” concepts of STEM, the addition of the arts is integral. For too long educators and much of American society has held the concept that people are either right- or left-brained, ignoring that the creativity that springs from artistic pursuits are also integral to the development of conceptual skills that lead to innovation in science, technology, engineering and mathematics.

How Do Today’s Students Measure Up in STEAM?

While there are many factors that determine aptitude among students, there is data that suggests students in the United States are underperforming in mathematics compared to their counterparts in other parts of the world. Specifically, there are ~79 countries in the OECD, the Organization for Economic Cooperation and Development, which participate in a worldwide survey and exam of 15-year-old students to assess their academic capabilities. The test, named the Programme for International Student Assessment (PISA) is administered every three (3) years.

What About STEAM Helps Students Be More Successful?

On its face, the advantages of focusing on the “STEM” in STEAM is that these are fields that will be at the edge of innovation for the foreseeable future. The rapid advancement of technology in very recent times has already shown us that it is the path that will drive world economies and create the most financially rewarding careers.

The educational system in the United States has not traditionally focused on STEM curriculum, especially in primary and secondary education. This may be a large contributing factor to the increase – from 5% to 23% – of jobs that now require higher levels of digital skills in the United States, according to Digitalization and the American Workforce.

In a very different way, STEAM, especially with the inclusion of the Arts, helps students be more successful because of its integrated approach to teaching and creating engagement in students. For much of its history, the American educational system has had the approach of teaching subjects to students as if they existed in vacuums and separate from one another. When trying to define “what is a STEAM school, it is a school that endeavors to show students how different subjects – and subjects as different as mathematics and the arts – can be linked to create whole new ways of thinking about each. Picture how exploring the Fibonacci Sequence through creating a painting could ignite both an interest in art and mathematics for curious youth. 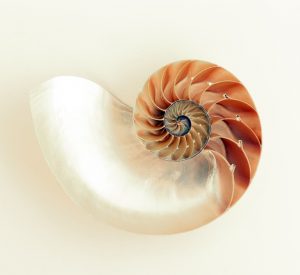 How STEAM Is Still Being Defined

It can be helpful to not think of STEAM as a rigid and already defined curriculum, but as more of a lens through which to look at what and how students can learn and excel in new ways. There are organizations like the Institute for Arts Integration and STEAM and STEAM teaching resources, but each school also defines its own approach.

Where academic success was once defined by ingesting and recalling information in more static ways, STEAM focuses on education through problem-solving, collaboration, experimentation, self-expression and more. STEAM curriculum and projects designed by teachers and professionals can teach students how to learn in ways that create a love of learning. Passion for STEAM can help the youth of the United States innovate themselves into a future of continued innovation and success.

Ballington Academy for the Arts & Sciences
Go to Top